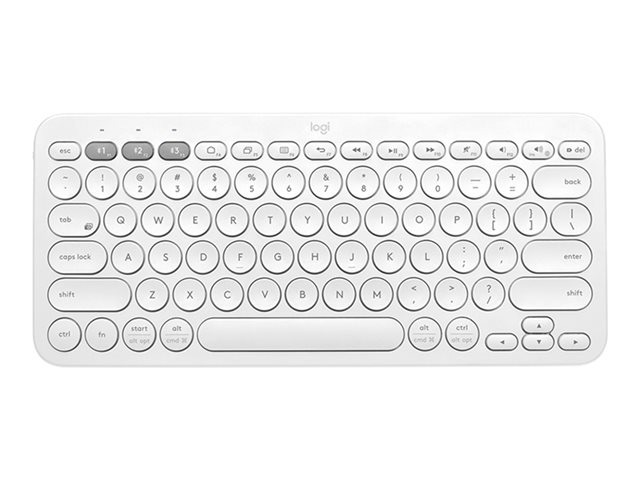 The Logitech K380 is a bluetooth keyboard with a combination UK Mac/Windows layout - some keys have dual labels, and function differently under Mac or Windows. The keyboard also works with iOS and Android devices, and can be connected to up to 3 devices simultaneously and switched between them at the touch of a button.

This is a non-extended keyboard (no numeric keypad on the right) and is powered by 2 x AAA batteries (included) with an estimated battery life of 24 months.

The keyboard requires the device it is connected to to support external keyboards over bluetooth (HID profile) - this is OSX 10.11 or later, Windows 7 or later, iOS 5 or later, or Android 3.2 or later.

Warranty: 1 year Return To Base