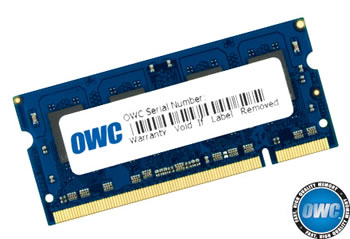 It is a SODIMM (Small Outline Dual Inline Memory Module) memory chip, which is generally used in laptop computers, but also in many Mac desktops. The RAM is DDR2 RAM. This is similar to standard DDR (Double Data Rate) RAM in that data is sent on both the rising and falling edge of each clock pulse. DDR2 RAM however has upgraded components which allow it to run at higher clock frequencies than standard DDR.